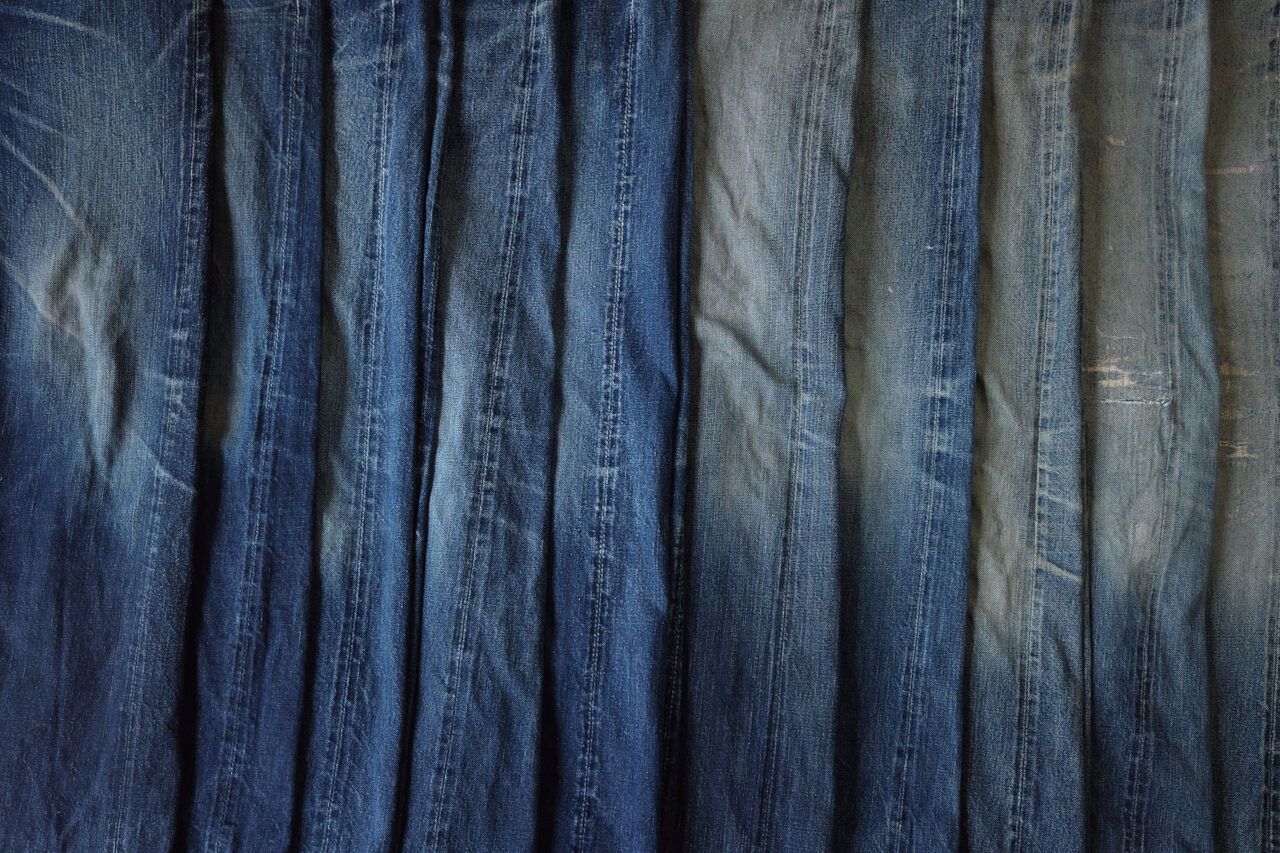 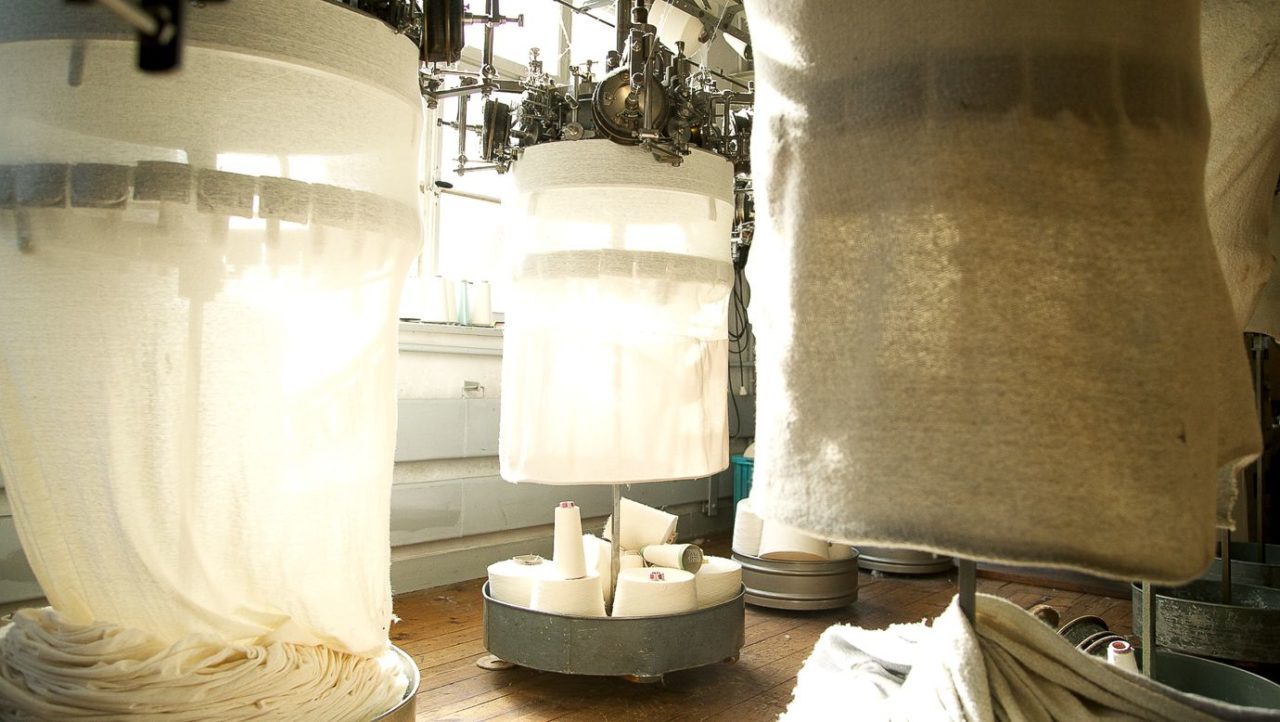 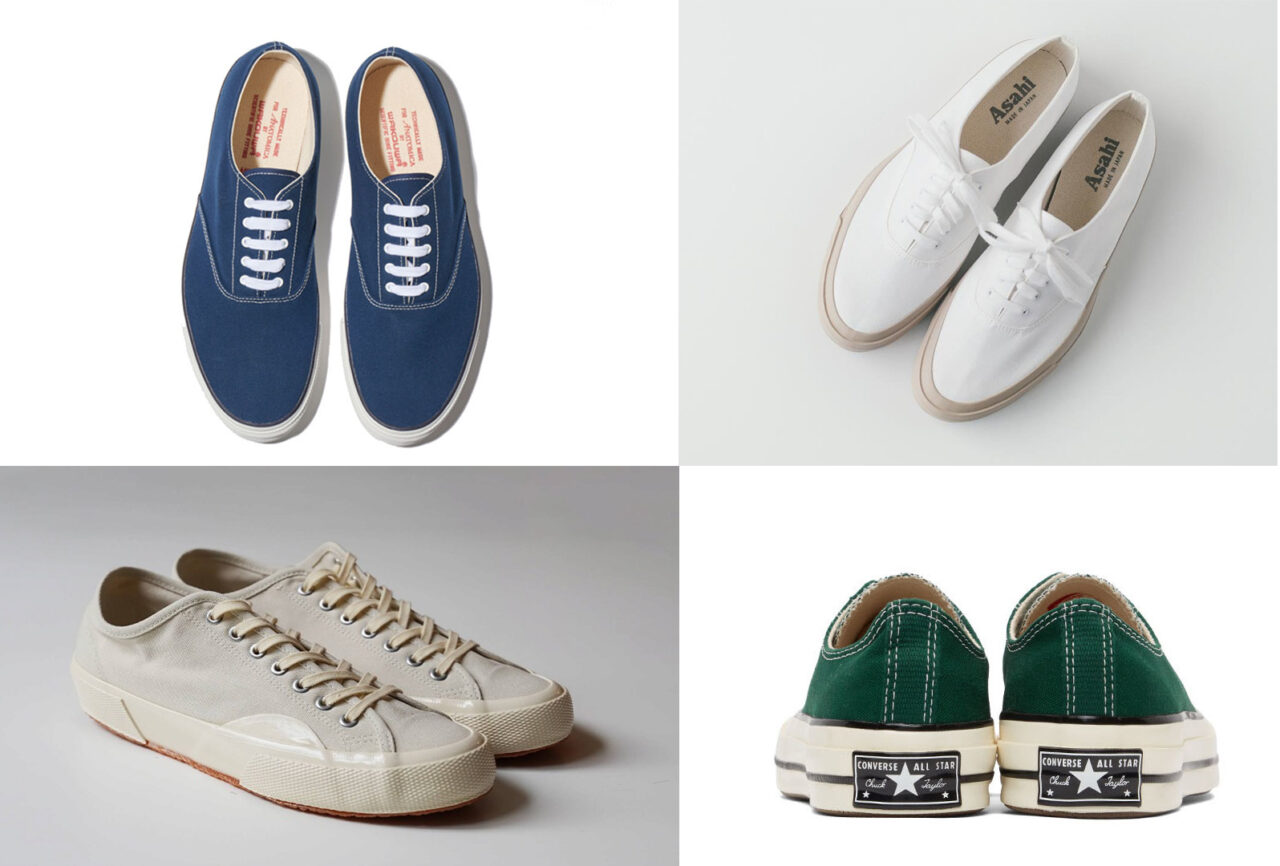 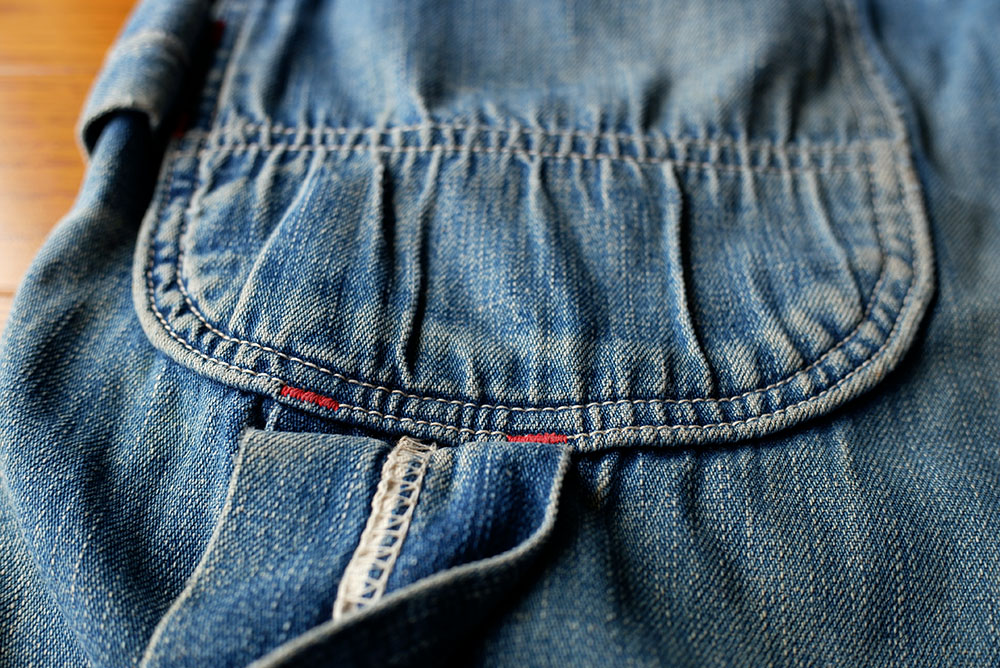 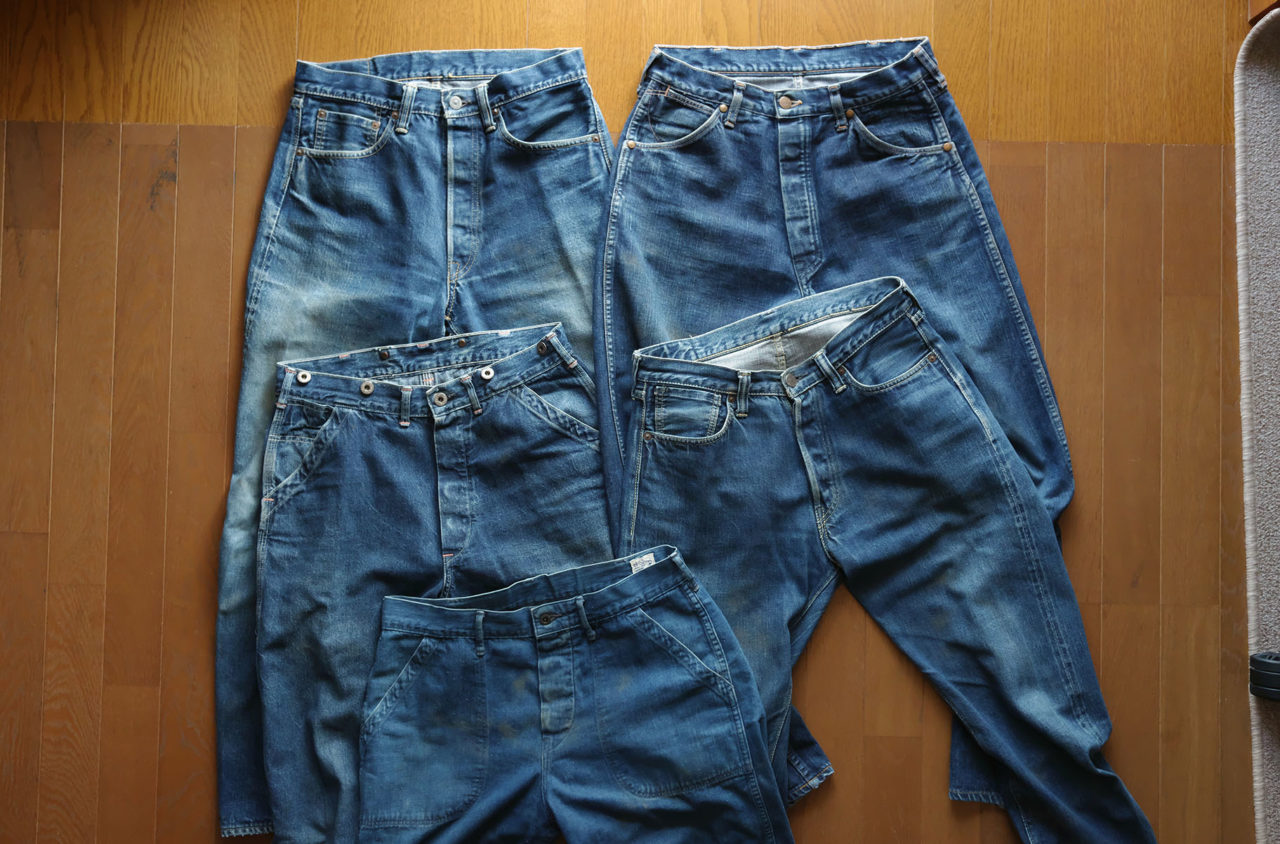 Now that I have been wearing reproduction denim for about 20 years and have worn major brands to some extent, I will simply introduce denim that I would like to wear. CANTON As the first denim brand made in Japan, CANTON was established in 1963 and is well known to denim fans from long ago. During the heyday of reproduction denim in the 1990s, the brand self-replicated its own denim, but to be honest, it was not very well made and we had forgotten about its existence. In recent years, the brand has collaborated with Margaret Howell and provided uniforms […]

Levi’s celebrates its 150th anniversary with a limited release of five models, including 1873.

To celebrate the 150th anniversary of Levi’s patent (i.e. the day jeans were born), five limited edition models will be available, including the 1873 model – the early 501XX. On May 20, 1873, Levi’s® was granted a patent for “a method of using metal rivets for reinforcing the pockets of clothing” and the world’s first jeans were born. Levi’s® celebrates the birth of these jeans, which are still engraved on the patches of all its products, every year as “501® Day”. Pricing and detailed specs are still undisclosed, but the 1873 model looks cool. But I wonder how much white […]

Materials and manufacturing methods are the key to a simple T-shirt style. Well-made products are comfortable to wear and give you a different sense of satisfaction when you wear them. On this page, we will introduce plain T-shirts and pocket T-shirts of brands that manufacture products while preserving old manufacturing methods such as “suspension knitting” and “loop wheel” as well as denim, which we are particular about. Merz b.Schwanen In 1936, a circular knitting machine was brought to Schwaben-Schura in southwestern Germany and the company began producing cotton items that were more comfortable than the linen undergarments that were common […]

XX model of DENIME, purchased in 1995. It is an early DENIME, before it entered the Orizzonti period. In the heyday of reproduction denim, I bought this denim when I was 18 years old and wore it every day. Overview Purchased: May 1995 List price: 23,000 yen The most popular replica denim at the time of its release. 1995 was the year Warehouse was founded, and Full Count may or may not have released a Zimbabwe cotton model. Many people chose Denime as their first pair of reproduction denim for their debut, because it has a solid contrasting bite no […]

WAREHOUSE Japanese Denim Wrangler 11MW Prototype Faded I am not sure which of the two releases I have, but the part number seems to be lot.1008. Overview This is a Prototype of Wrangler 11MW. It looks like it originally had an archuate stitch, similar to Levi’s, but I bought a used one that had already had the stitches removed. The list price seems to have been 23,800 yen. Penetration period I bought it in such good condition that it was just starting to show signs of bite, and it has been 7 years. I wore them in my room for […]

How to Grow Japanese Rigid Denim – Traveling: The Influence of Travel on Denim

I want to grow denim like vintage. Everyone who loves denim has at one time or another thought about how to do this. Recreate vintage era environments So the first thing to consider is to recreate the environment of that time. It’s going to try wearing them without removing the paste, just as they were worn in their rigid state back then. Burying denim in the ground to recreate the denim that was lying dormant during the Gold Rush. To reproduce the physical work, the pants are used for squatting, muscle training, and yard work. To reproduce the strong bite […]

The “starch challenge” to make blackened denim with glue

Inspired by the red clay challenge I saw on Instagram, I started a starch challenge. What is the Starch Challenge? You may be wondering, so I will explain. Interview with Mr. Tsujimoto, President of McCoy’s The original article is unknown, but it’s about vintage denim that may have darkened and faded. In the past, we used natural materials such as starch and cornstarch for glue. So when rigid denim was worn in the sun, the glue would oxidize and change color, turning it a light brown.” that’s so. I also see that in the past, many people wore jeans without […]

These are the original denim from the nostalgic NYLON shop. Nylon is an American casual wear store from Kobe, but there was also a store in Fukuoka, where I lived at the time, and my friend worked there.     Overview Original denim sold by the American casual store “NYLON” in Kobe. This is the XX model with part number FN083. The fabric is made by FOB. The fabric thickness is about 14.5 oz. It is characterized by dark dyeing that appears black at first glance and a 90s-like fabric texture that fades with a distinct crispness. Penetration period I […]

These are natural indigo denim from BLUE BLUE , one of the brands of Seirin Corporation. When I bought this denim in 1995, Seirin Kouji was a company that dominated the American casual industry at that time, including Hollywood Ranch Market, OKURA, and High Standard. Although the boom has now subsided, the company has a brand with a strong following. These jeans were my next choice after Levi’s when the Japanese reproduction boom was starting to take off. I was still in my second year of high school at the time. I was a cynical person and was fascinated by […]

The LEE 101B was produced by Real McCoys in collaboration with EDWIN. It is a reissue of the LEE model that I want to take my time with, but since the color fades slowly, it has been more than a decade since I somehow continued this time again. In the end, we decided to try buying used ones that had faded, and if they fit right, we would try wearing rigid ones. The leather patches had been removed and the garment looked roughly worn, but the bite was weak. I think this is a characteristic of the LEE model, which […]